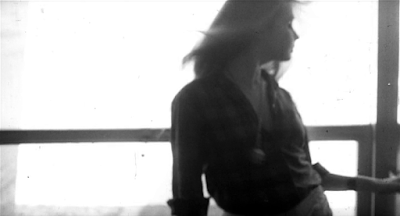 The feet of a girl; a mini skirt; she dances, lifts the feet without letting the toes abandoned the ground; it’s very important to stay in touch with the ground, gives perspective; and, in some cases, helps with a jump start. Everything that’s implicit in her figure, in her smart posture, everything that we don’t know about her yet.

She dances in front of a group of people, but they seem distracted. What distract them from the beauty of that young girl that dances so freely in front of them? Don’t worry, it will soon be shown. But before that, let’s stay in company of the young girl dancing, shall we?

Yes, it is a classroom, but nobody in there seems to be the professor. In place of this authority figure, an authority of a very different nature of the ones they are concerned about, the girl dancing. A radio plays rock and roll, the music that bangs in all the walls of the classroom, in all of the ears; but the ears of those students are functioning just like the walls, and repelling the music.

No, no, they are not like the walls. Some feet are moving under the desks. Some hands are tumbling over the books about psychoanalysis. The music makes some effect upon those young people, not enough for them to join the young girl in action. Mini skirt, open blouse, long hair loose, letting the hair join the music, letting the hair come and go. Outside the classroom, order dictates that everything needs to be contained, including the hair; to be brushed, tied down. Why does she need to be so expansive?

Dance is a subtle thing. But sometimes can be the opposite. She dances opening herself for the action, not joining the standing still folk that surrounds her. The song enters her ears and make provocations into her stomach, down her legs, till the tip of her toes; don’t be prostrate, the songs tells her, get up and move!

Something needs to be done, there is nothing to be done, but we done have to stay quietly waiting. So, Grey Morning, the movie we’ve been talking about this week, the movie we’ve been visiting at this piece, opens with the image of a young girl dancing. Conservative people get so angry with the way young people dance! Doesn’t feel so good inside you to make the world shake and abandoned its preconceived ideas that hold us back? 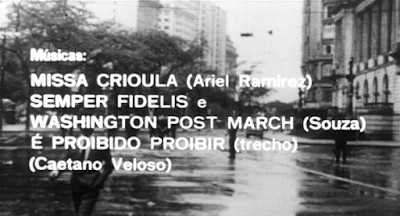 Gray Morning is an audacious movie. The first characteristic that comes to mind is its soundtrack. Many film movements of the time were seeking to stablish proximity with younger generations. At the French cinema, filmmakers found this connection through jazz. At Great Britain, rock and roll. Hollywood was still struggling of how to rejuvenate itself. At Brazil, the avant-garde stablished ground at more distant places, marching through the forgotten depths of an urbanizing country that turned away their faces from the hungry and poor people that build their richness’s. The ‘cinema novo’ movement reached for the never shown faces of the true Brazilian people, the ones that doesn’t show up at magazines and doesn’t have a say at radio shows. To show these people is also to show their culture in every aspect, including its music.

The first long length feature realized by Olney São Paulo, Grito da Terra, follows this pattern. The songs sung by Fernando Lona are very characteristically rural, like the theme of the movie. Are heartfelt, and somewhat painful, songs about the life of those struggling to comprehend the intrinsic ways of nature, but more than that the disgraceful free movements of human greed. In his second movie a turn of events: not a rural scene, not a rural culture, not a rural tradition. Yet, the movie opens with a mass; a black mass, with tambours, with acoustic guitars, many voices singing in a non-coir fashion. The minute the opening credits end, a radical cut: a rock and roll; a girl dancing; its youth, its rock and roll, it’s the city, we are not at the Sertão anymore. There are pal trees in the back of the girl, outside the window.

The Brazilian intellectual scene of 1968 wasn’t understanding of rock and roll, the sold out music, the music of the American imperealism, of big capitalism. Rock and roll was a symbol of what was coming from outside to defeat Brazilian culture. At the same time, immerges from the center of Brazil intellectual scene the Tropicalia movement. And Olney was very fond of it, as we can see by the recurring insurgence of Caetano Veloso’s music in his movies, including Gray Morning. A movie that mixes a black mass with American rock and roll, with Tropicalia, that is in its own sense this mixture. A mix that was in the ears of that generation; a generation that had to dance rock and roll to keep standing, and had to pray to keep alive. 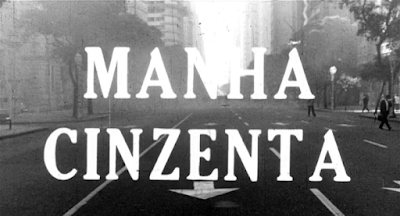 Gray morning (Manhã cinzenta) is a Brazilian movie by filmmaker Olney São Paulo. Born in 1936, Olney soon discovered his passion for the cinema, reuniting efforts and filming his first picture, Grito da Terra, before his 30th birthday. After this release, he moved to Rio de Janeiro, expecting to find a more prosperous scene for his filmmaking activities. The debut was Gray Morning, filmed during the riots of 1968.

Given the political nature of the picture, featuring images of student rallys, the 22 minute movie caught the attention of the dictatorial government installed in Brazil since 1964, which had strengthened its forces in order to impose a larger censorship on any oppositional movement.

The movie follows, in a non-chronological order, a group of students trying to stablish a fight against the dictatorial government. They are imprisoned, tortured and judged by a robot that follows each step they had taken. With the disorder of the narration line created by the author, the movie seeks to distance itself from the ready pre-conceived notions surrounding movie making. Cinema is an art, and a robot hasn’t the emotional abilities to make a work of art.

The unfortunate events that surround the movie’s characters went beyond the fictional world of robots to strike the author. Olney São Paulo was imprisoned by the Brazilian dictatorship in 1969, not before he was able to send his movie abroad – Gray Morning was exhibited in many film festivals around the world, such as Cannes, Viña del Mar and Oberhausen, while in his native country an illegal copy was privately projected for very close friends.

The filmmaker was tortured by military forces, under the allegation of conspiring with a guerrilla group that hijacked an air plane to Cuba. The allegations were cleared and the filmmaker liberated, not before the torture caused some serious damage to his health. Spite all that it is clear that the government was unwilling to let the filmmaker go without consequences for his outrageous sense of free-speech. The dictatorship burned all the Gray Morning copies they could find. Only one survived in Brazil, switched from its can with another one, at the Cinematheque of the MAM – the Modern Art Museum of Rio de Janeiro.
Postado por Yves São Paulo Nenhum comentário:
Enviar por e-mailPostar no blog!Compartilhar no TwitterCompartilhar no FacebookCompartilhar com o Pinterest
Marcadores: cinema brasileiro, em inglês, História do Cinema Brasileiro, Olney São Paulo
Postagens mais recentes Postagens mais antigas Página inicial
Assinar: Postagens (Atom) 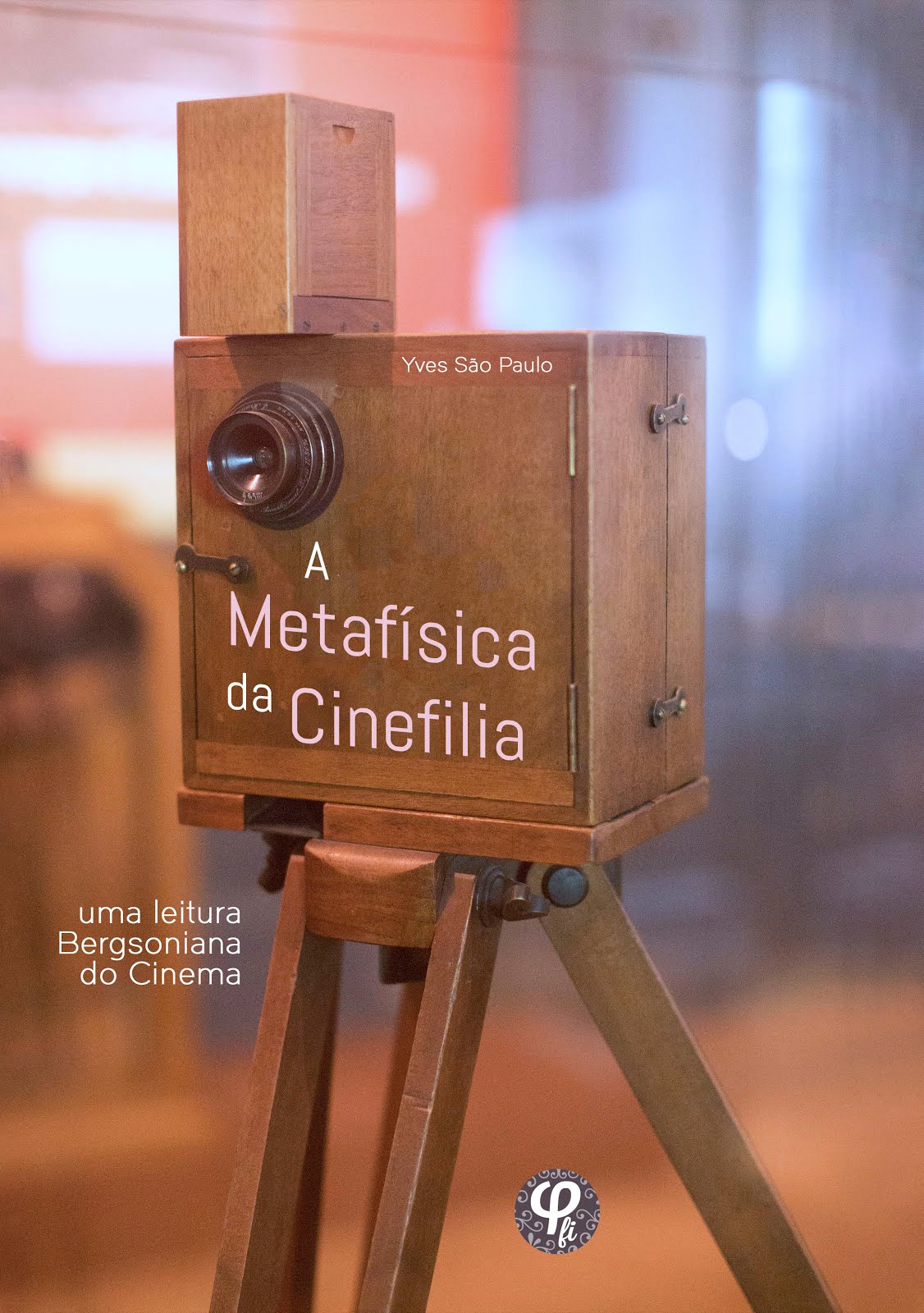 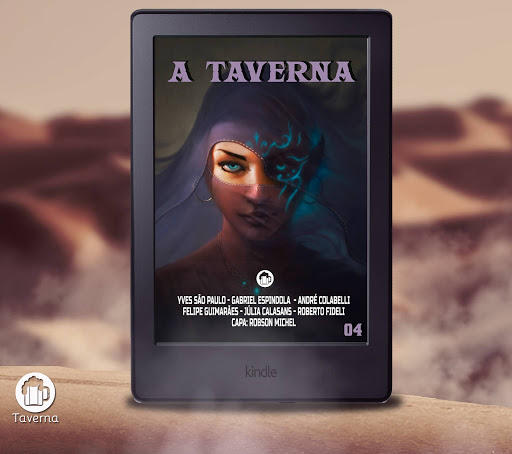 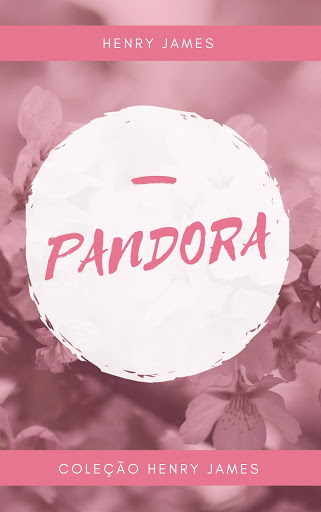